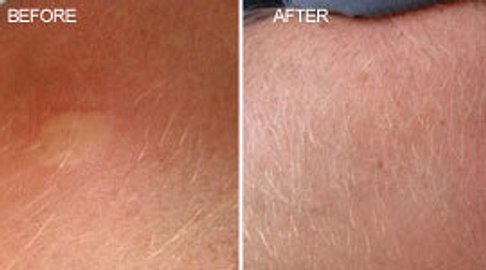 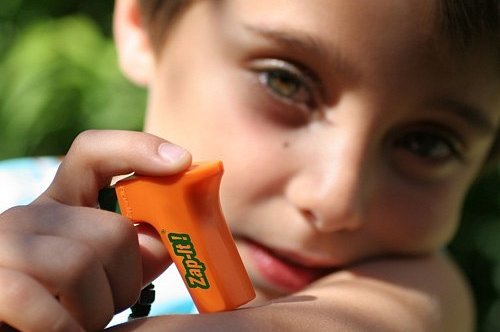 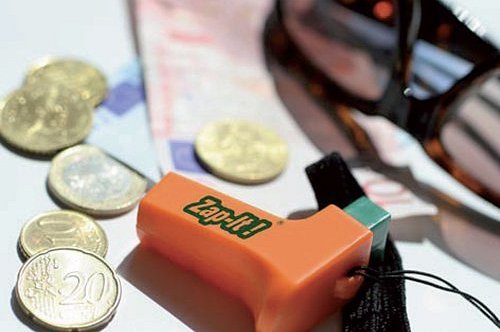 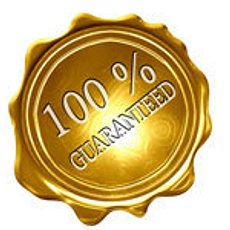 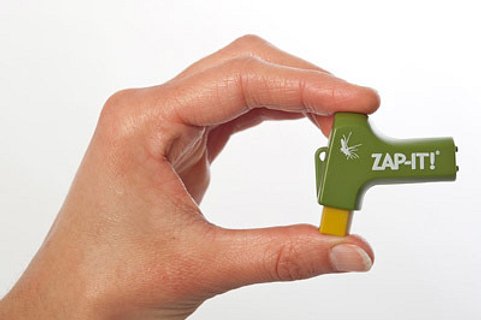 If you have any questions we'd love to hear from you.

Ok, that's quite enough of the stories of how well it works... I'm a technical guy myself and always sceptical so here's some more of how and almost more importantly why it actually works.

Hold the ZapIt as shown. Place the tip against the bitten area

Click the activation button rapidly, at least 5 to 10 times.

You decide on the right number of zaps for your comfort.

After a few minutes the swelling and itching will normally ease

but if the symptoms persist for longer perform another series

of zaps on the bite.

If the urge to scratch returns REMEMBER: ZAPIT, DON'T SCRATCH IT!

CARRY IT WITH YOU AT ALL TIMES. Keep it handy. Don't be tempted to scratch. Scratching bites can break the skin and allow for infection and scarring.

ZapIt will treat up to 1,000 bites. It's small and easy to carry around... on your key chain, in your purse, attached to your rucksack, in your car, in the medicine cabinet, junk drawer or top draw at the office. You never know when you'll be bitten or when the urge to scratch will occur. Buy a few and keep them handy.

Now this is amazing! As I was shooting the video above I was, as you saw, bitten by a mosquito. (I know, you can't pay for that kind of timing!) Right after the shoot I took the first photo and you can see my usual reaction starting to happen. I gave it another series of zaps and took the second photo 20 minutes later. No trickery, that is the same arm!

Having personally tried and tested this product I can guarantee that you will find it as effective as I have, it is amazing. In fact if you aren't totally satisfied after 30 days return it to me and I'll completely refund your money. It can't get any fairer or simpler than that.

Thanks for taking the time to check out this amazing device for stopping insect bites from itching and swelling. They say a picture's worth a thousand words so I did a quick video explanation to make it really simple.

There are a lot of great testimonials online and some awesome reviews from travel bloggers. Here are some samples...

Buy 5 ZapIt's and I'll throw in an extra one for FREE. Right now I'm only shipping within North America. These ZapIts are available in many good pharmacies and supermarket chains throughout Europe like ASDA, Superdrug, Boots & Aldi, and I believe in Australia and parts of Asia too.

Rapidly stops itching and the urge to scratch.

Safe, simple and easy to use.

Effective on most common insect bites.

Older bites are sometimes troublesome; the damage is sometimes already done but ZapIt can help to soothe the itch and avoid the scratching which can make things worse and cause infection.

ZapIt is for external use only. It should not be used around eyes, mouth or sensitive areas of the body including pulse points. It can potentially ignite flammable substances and should not be used around fuel sources or recently applied insect repellent. If used on bleeding or secreting area clean and disinfect thoroughly before re-using and do not share with other people.

Not recommended for children under 4 years of age, for people wearing a heart pacemaker, or for epileptic sufferers. Store out of the reach of children. Dispose of this product responsibly at the end of its life.

Expected use of the device is intended for about 1,000 bites.
Discharge voltage: 13kV
Amperage: 0.7mA
Discharge duration: 10 microseconds Weight: 7g
ZapIt adheres to the piezo electric detoxifier patent No. 5,496,356 invented by Paul Hudz.

Scratching a mosquito bite may bring short-lived relief but it also floods the bitten area with histamine causing swelling, incessant urges to scratch and a risk of damaging the skin’s surface, and therefore infection. A safe, clinically tested way to deal with pesky mozzie and other insect bites¹ is to use Zap-It!- a small but effective piezo (meaning to squeeze or press) device that generates a harmless and mild (no stronger than a gentle pinch) low electrical impulse created by crystals (this same technology is commonly used in clocks, lighters and guitar pickups) to deliver harmless little ‘zaps’ which stops the itching and urge to scratch in minutes.

Recent results of a clinical study carried out at the London School of Hygiene and Tropical Medicine confirms the therapeutic benefits of Zap-It! on mosquito bites by reducing histamine flow, and therefore the itch, whilst stimulating the capillaries into flushing out the toxins.

Zap-It! is a registered medical device and can be used by everyone as and when required except epileptics, those fitted with a pacemaker and children under 4. Do not use directly after applying repellent. Each ‘zapper’ provides over 10,000 clicks (zaps) - enough for a lifetime of bites!

REMEMBER BUY 5 GET 1 FREE YOU NEVER KNOW WHERE OR WHO WILL GET BITTEN!  Shipping to US & Canada only.

A Double blind trial by the London School of Hygiene & Tropical Medicine University of London, Department of Infectious and Tropical Diseases proved the efficacy of piezo detoxifier principal - April 2002

University of Bergamo, Clinical Trial 1997 with 100 patients concluded 92% of patients were itch free 5 minutes after being treated with piezo detoxifier.

Several articles on the principle of treating snakes and insect bites with electric impulses have been published in the most respected medical publication The Lancet.

The antihistamine piezo principle is proven to work successfully on mosquito and horsefly bites as well as jellyfish and nettle stings.* Use ZapIt on a new bite as soon as possible after you have been bitten.

If you've decided not to purchase a ZapIt at this time please can you help me out and drop me a quick note and let me know why? Is there some info lacking or a question not answered...

Or if you could share your success story that'd be great too!

Thanks for taking the time ;-)